We are a culture of entrepreneurs

Our proven track record as entrepreneurs and finance experts includes starting a company in a basement that has grown into an industry leading transportation/logistics/marketing company with over a billion dollars in lifetime sales, and securing more than $7 million in external venture funding for startup partners. Our combination of bootstrap-style startup savvy and finance acumen sets us apart. 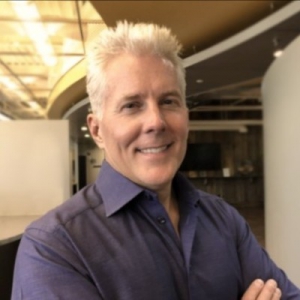 Mike began creating companies in Colorado nearly 30 years ago, and today Infinite Peaks Holdings, a private venture holding and investment company, has a portfolio of companies that include those Mike has built that span data analytics, energy, real estate, and sustainable renewable energies. He has a record of building companies that get to profitability fast and thrive for decades.

His goal for IPH is to forge lasting, mutually beneficial relationships that go well beyond a typical investor-startup relationship. He and his team work as trusted partners alongside Founders to help them find their path to early profits and long-term value. A many times over new Founder himself, he values preserving a Founder’s equity ownership and building a company that endures.

His success allows Mike to pay it forward and foster entrepreneurialism in Colorado. He is the newly named Colorado Chairman of CoPlex, the country’s seventh largest startup accelerator, which has established a local presence in Denver, and he is also a Techstars mentor. He is the former President and now member of the board of The Crisis Center, which supports victims of domestic violence and advocates for prevention education. Mike earned a B.S. in Aerospace Engineering from Iowa State University. He lives in Castle Rock, Colorado and has two grown children. His passions are broad, from golf and wine, to songwriting and Jeeping Colorado’s challenging mountain passes.

“Success is not the key to happiness. Happiness is the key to success. If you love what you are doing, you will be successful.”
– Albert Schweitzer